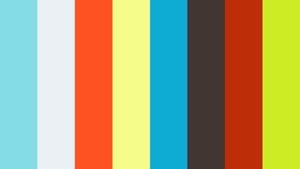 Merci beaucoup Cecile for this excellent animation.  A must see!

It was celebrated in ancient Greece, ignored during the Middle Ages, and rediscovered by scientists over and over before the scientific community finally agreed that it exists. What are we talking about? The clitoris of course!

Canadian screenwriter and animation director Lori Malépart-Traversy has decided to educate the internet on what that elusive clitoris actually is. And she’s done it in the most adorable short documentary, which has already picked up multiple awards around the world including the Best Short Film Award at Festival Vues d’en face 2017 and the Best Documentary at Chicago Feminist Film Festival 2017.

So put on your science cap and let’s get educated!

It does have subtitles

Thanks for voting us No.5 in top 10 Menopause Blogs

"Menopause is a very taboo subject, because we haven't really found a way to deal with it"

"Usually when people speak about the menopause its negative, but there is a positive side but people don't talk about it."